Your account will be debited today, then every subsequent 4 weeks. Get in touch with us to arrange an alternative date.

Your generous one-time gift will help fund our campaign.

The climate catastrophe is worsening Australia’s bushfires. With every year that passes, bushfire season is starting earlier and lasting longer, with extreme droughts fuelling more severe and unpredictable fires. The climate emergency is now. Our homes are burning. Yet our politicians do nothing. Help us  force our Government to act urgently on climate change.

Donate to fight against climate change 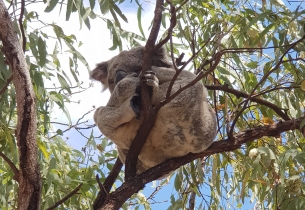 Could help raise awareness our native species that are at risk of extinction or endangered. 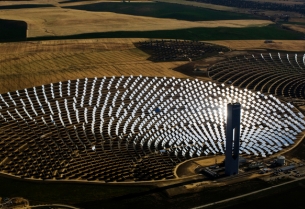 Could help support research and investigation into our ineffective national energy policies. 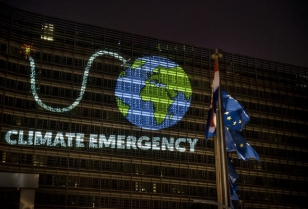 Could support direct action efforts and community activism that our politicians cannot ignore.

Your gift helps fund the crucial work of campaigners and investigators to expose and tackle climate change.

Your gift is put to work

What is Greenpeace doing about the forest fires?

Greenpeace has raised over $70,000 for the Rural Fire Service in New South Wales, more than the federal government has allocated them for the entire year. We're calling on federal Minister for Energy, Angus Taylor, to take climate change seriously. No more excuses.

Climate change influences all extreme weather events, from floods to droughts. In this case, rising sea temperatures are causing a weather phenomenon that experts are calling a "supercharged" Indian Ocean Dipole (IOD). While the IOD itself is a natural event, climate change has increased its strength and frequency, bringing unnaturally warm and dry conditions to Australia - decreasing rainfall, extending the drought and leading to extreme fire conditions.

Why are the bushfires starting earlier each year?

As early as the beginning of October in 2019, bushfires raged uncontrollably all along Australia’s east coast, from southeast Queensland to the Central Coast, just north of Sydney.

Accordingly to bushfire experts, the early start to the season is partly caused by the extended severe drought that has persisted in New South Wales since 2017. Because of this drought, the bushfire season last year was declared two months early in August 2018. Much of Queensland has also been in drought in 2019. Authorities have described the situation as the worst start to the Queensland bushfire season in history.

Another major reason is a lack of federal funding for state fire services. Severe budget cuts have left firefighters unable to do sufficient hazard reduction burning, which has allowed the fires to catch more easily and spread faster this year.

What you get as a regular supporter:

Number of countries in

Monday to Friday, 9am to 5pm

Pay by cheque or direct debit.

The Greenpeace Trust is a gift fund listed on the register of Environmental Organisations under the Income Tax Assessment Act 1997 sub section 30.55 (1) item 6.1.1. Donations of $2 or more will be placed in the Greenpeace Australia Pacific trust fund and are tax deductible. ABN 61 002 643 852. You must be 18 or over to donate. You can read our Privacy Policy here.